IDEA Dorcol with Chinese guestbook note at the entrance

IDEA Dorcol had a strange Chinese guestbook left at the entrance and so many Asians were inside. I thought they would be doing the CRIME SET-UP for doing the theft blames or something suspicious. An Asian woman was walking to the opposite direction but she returned and headed to the IDEA I was heading and I filmed her. There were few more Asians inside of the supermarket. I don't know what's written in Chinese, but it could be significant for these Chinese stalkers. 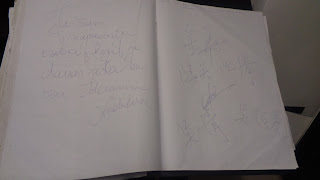 2 Asian women outside of my accommodation yesterday night. They were just standing outside for awhile and I just passed by to wait for them go away or enter. And I saw another Asian woman walking on the street like the third party check out. Why these Chinese got 4 people for the surveillance these days? Two Chinese to be set at the spot and another one comes for viewing the target and reports to the surveillance commander as the fourth in the group to wipe the target out! I know the trick of such Chinese human trafficking and the these Chinese engaged in thievery to be added on the blame for their target tor the lower wage Chinese migrants or just the illegal ones doing the Chinese militant jobs. I just expose such suspicious people for my own safety! Enough Chinese stalkers around in Belgrade.

Dubrovnik to Montenegro with one Japanese stalker in the same bus

The Japanese guy probably staying in the island next to Lokrum for the Japanese Navy job stalked me to Montenegro yesterday. He seemed to be in Kotor but after he left at Kotor bus station, he entered to the ticket selling booth. So, he might be doing the human trafficking on me! He could be in the rock (岩) clan. The woman for iwaho (岩歩) and men for iwanami (岩波)group for finding another dead body for the ID replacement for the governmental use. Since so many Japanese responsible for the Croat religious people stalking such as Shimada? company car drivers and even damaging Jews by demanding JFF as Japanese film sharing for the black making and asking to pay more for the local Soka Gakkai or Nichiren or Happy Science cult groups they belong. I heard some locals got killed by South Koreans hiding in the cave near the ruin on the way from the bus station to the old town, this stalker guy may know something about their mafia activities and the local killing. This is the video at Kotor. 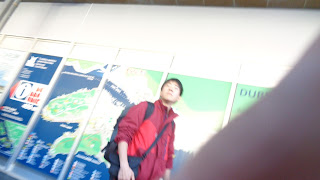 The kids stalking me in the tram in Zagreb

This is the second part of the incident happened on November 26th, 2019. The kids followed me to be in the same tram and facing my seat. How many kids got nothing but stalking and harassing time?

Few kids insulting me in the tram in Zagreb

I went around in Zagreb city to check what happened to so many Krav Maga gyms and even Umami and Temple Bar near Jarun Lake. On the way back, I saw the 2 kids sat in front of my seat in the tram and taunted me shouting 'Chinese.' And they left the tram at Savski Most. When I took the tram 14 from there, the kids took it again and sat in front of me for the insult. So, I left the tram. I had the day ticket, so I did not pay any extra cost from the stalker in the tram. Here are the videos. I shared them to the police.

There are many Krav Maga training gyms in Zagreb, Croatia. This number is larger than Paris or Vienna, or Budapest where many Jews are living. Warsaw may have enough numbers of Krav Maga groups like Zagreb, but it's quite way too many practitioners and gyms in the location with not so many Jewish population! 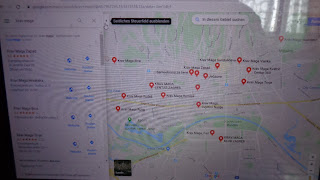 Email ThisBlogThis!Share to TwitterShare to FacebookShare to Pinterest
Labels: Croatia

After I visited the Indian buffet in above floor in Lugner City(Gablenzgasse 1-3, Wien) shopping mall, I wanted to buy some groceries at Billa. I entered and found no carrying basket at the shopping cart location. A man entered after me and he took one basket from the pile after the cashier location to the right from the entrance. The left side was the entrance to the grocery section. So, it was the bad civil engineering way of adding the shopping basket section for the customer's walking way from the entrance.

Then, the alarm beeped. I put my shopping bag inside for keeping everything tidy. I did not get anything but the shopping basket from the spot but the alarm beeped when I passed. I found this type of abuse has been going on at the certain stores, so I recorded the situation and often contacted the police and  left the information to the Gang Stalking Analysis vol 11 videos.

Spar companies often beeped me in Vienna before and I filmed the situation at the time of the abuse and contacted the police online. So, Billa at Lugner City is one of the Jewish logo clothes wearing people abusers in Vienna as I was wearing the Israel Defense Force logo jacket in case of seeing the German licensed cars for the Neo-Nazi stalking around my location or their 'Fuck Israel' type taunting.

My Doolin visit and the German licensed car made it!

Doolin is the west end location in Ireland like Galway. But Doolin has the cliffs to see and ferries to take to get to further islands. I only took the sightseeing ferry only for 20€ value. The red jacket one. But the man working for the blue color jacket and leaflet asked me if I'm a Japanese. So, there seemed to be the Burgers clan mafia contact to the location before. Munich Burgers killed the weak individuals, foreigners, blacks, Jews, etc, for taking advantage of the ideal citizen building and making the image of them safely staying or eating at the locals and ignoring the oppressed as a good comparison of the good people and bad groups making. 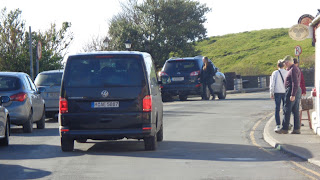 And there were some Koreans and other Asians showed up to the location today. Since German car showed up, others look suspicious to me!
The Korean girls heading to the tower. 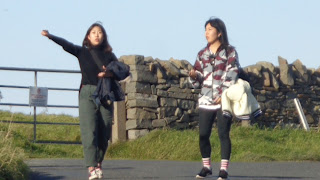 And an Asian man at the O'Conner's Pub. They were sharing a soup bowl by two! 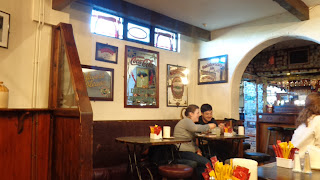 On my way from Ennis, I encountered two Israel visiting people. They were talking with another guy from Michigan that the couple would be working for the Turkish Airline from Israel. So, there would be American side Israel supporters' pressure from the Turkish group in Ireland. I was wearing the IDF logo clothes and they asked me where I am from and they told me that they are from Israel. So, that was unusual to happen in Ennis to the bus stop across St. Maria Hotel before the Cliff of Mohar bus stop! On my way back from Doolin, the couple took the same bus again from Cliff of Mohar to the same bus stop across St. Maria Hotel and the large golf course was there. Since there was a suspicious German licensed car showed up even to Doolin, I contact Guarda for the suspicious mafia stalking.

2 times visit to Limerick and German licensed cars showed up!

At the first day of my moving to Dublin, I saw a German car from a bus. After that, I was too busy for other things and I could not have time for checking Germans.

But when I visited Limerick for Pegida HQ in Ireland location, I saw many Muslims in the city and a German car showed up. 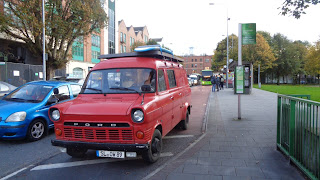 And the second visit last Saturday for the Open House event around the city, I saw one more German car. How often a German licensed car in Limerick? I think they are mafias. I think I saw this one in 2016 around Blackrock south of Dublin. The northern Blackrock got more Muslims and Japanese groups like NEC (Fujitu in 2016) for the surveillance of the borders for the tourist robbing and room search for the porno making and robbing. These Japanese groups took out Croats from Ireland after the church only praising Polish. 23 out of 26 Croat migrants were killed near the Phoenix Park in 2016 after they were asked to run enough to be knocked down. Thus, the boys were beheaded nearby and the Samurai groups made money back to Croatia for further moneyless people killing and robbing group making from the neighborhood. I learned more stories of how Irish hates Croats. 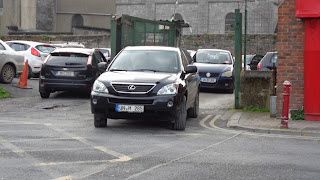 3 windows from outside and 2 only inside.  A wich house type location and some strange night time invasions.

I went to DruckBox and talked with a man. He said that he tried to make 2 copies of the prints but only one turned out. He had been rubbing his right index finger and thumb all the time while talking and trying to move his head closer. So, it was the human error of my "Neo-Nazi Victims Museum" papers not turned out to be two but only one 1mX1m paper for 90€. So, Druckbox swindled me and even trying to do some body languages for their own surveillance camera use such as not paid or something. I filmed the case for the antisemitism discrimination evidence finding.

IDEA Dorcol with Chinese guestbook note at the entrance

IDEA Dorcol had a strange Chinese guestbook left at the entrance and so many Asians were inside. I thought they would be doing the CRIME SET...

Donation for the Museum

Please donate and share the link at FB for the monertary help for the museum set up.
Discover crowdfunding with GoGetFunding